For too long media has found ways to exploit people. To promote a certain angle for personal gain and agendas. This has been some of the challenges we (the Afrolatinos Documentary Team) has had to face during documenting and filming of the Afrolatinos Story.

We publicly reject the irresponsible use of term AFRO-LATINOS, by well-known media establishments such as Latina Magazine.

In an article published by Latina Magazine on Monday, February 27, 2012, titled, Happy Black History Month: The 50 Most Beautiful Afro-Latinos in Hollywood! By Lee Hernandez they create a list of who they consider the 50 most beautiful Afro-Latinos… but are they all AFROLATINOS?

I bring this to your attention in hopes that you will retract your use of the term Afrolatinos. It is being used incorrectly. 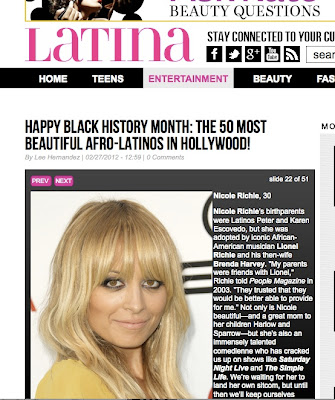 Example one: Nicole Richie being adopted by Lionel Richie does not make her an Afrolatina.

Here’s why… If you happen to be of parents who (Parent 1) is African American and (Parent 2) is Peruvian… this alone does not automatically make you Afrolatino. The Peruvian parent would have to be descendant of Africans, ie. Afro-Peruvian. If you are Black and Latino you are not Afrolatino.

If her biological parents (either one) are descendants of the enslaved African then she IS an Afrolatina.

Example two: Gloria being half Mexican and half African American – unless her parent is an AFRO-Mexican she is half Black and half Latina.

Just throwing the term Afrolatino around irresponsibly diminishes the work that is being done. It discredits the work of those who have been championing this cause for many years… fighting for representation… people who have devoted their entire lives to studying and ensuring that the stories of Afrolatinos be told.

AfroLatinos is not a TREND – we must know OUR history. It is not simply the rich and famous of Hollywood.

By definition… Afrolatinos are the descendants of the enslaved Africans who arrived to Latin America. These descendants are AFROLATINOS.

Latino / Hispanic: Hispanic or Latino Americans are Americans with origins in Hispanic countries.

*Side note… in Latin America we do not use the term Latino… Colombians are Colombiano, Dominicans are Dominicano, and Puerto Ricans are Puerto Riqueno… and so on… they identify by the country they are from—so Latino doesn’t even apply here. And most people say… how are we Latino “speak Latin!”

African American: is an American (of the United States) who is of African Descent… going hand in hand with what it means to be considered *Black in this nation.

*Note: Black does not define a color… here we are talking about a community of people, in the United States who are of African Descent who identify as being Black.

African Diaspora: comes from the Atlantic Slave Trade’s movement of enslaved Africans who were taken and dispersed all over the world.

Here we are talking about everyone being included at the table – ALL CONTINENTS are part of the African Diaspora! Wherever slaves were taken, there remains descendants of those Africans! And THEY are Afrodescendants!

In a conference on Race in Durban, South Africa… it was decided that the politically correct term should be Afrodescendants (NO African American.. NO such Afrolatino) simply Afrodescendants.

So for now… for purposes of this incredibly important project and movement under the term AFROLATINOS, our aim is to bring to the forefront the stories that were not taught to us.

We believe that much work needs to happen NOW and we will continue to inform and educate. We know that it will be instrumental to unite with African Americans and Africans to bring this subject to the table and initiate change.

Why is this important?

Because we can no longer accept being excluded. We can no longer stand by and allow for our people to remain invisible. We are talking about 150 Million / 150,000,000 MILLION Afrodescendants who currently exist in Latin America, and we will not allow this community to continue to be misrepresented or used as some sort of token.

Afrolatinos exist.. they have always existed. They are not just Latina Magazine’s top 50 Beautiful People.

The Afrolatino movement is more than just a trend!

This is a call to ACTION!

This is a demand that the Afrolatinos story be told!

Latina Magazine, it is our hope that you will begin to serve the community that you aim to reach and in doing so, use terms and tell stories that are the truth of who we are as a community and as a people.


To read the Latina Magazine Article ~ 50 Most Beautiful Afrolatinos~

EMAIL US AT: info@creadorpictures.tv
Posted by Alicia Anabel Santos at 5:14 PM

I really enjoyed reading this well written post on what it means to be Afro Latino.

Well said! I really appreciate your opinion and the statement you're making here. Latina Magazine has such a bad rep, especially with AfroLatinos. I'm not surprised they published this and started it off with Richie...ridiculous.

Powerful and compelling. I will definitely be following this. Mil Gracias.

Alicia,
You are always so insightful and spot on. Well said and shame on Latina Magazine. I agree that we can get there we just need to continue to tell our stories.

I'm an Afro-Puerto Rican and I approve of this letter since it expresses my view on this issue accurately. Thank you, Alicia.

I would say I was surprised by this ridiculous use of Afro Latino by Latina magazine but I'm not. It isn't the first time their bumbling uneducated assumptions have graced their pages. It seems they're so busy trying to acclimate themselves with white America that one day we will all be the descendants of the British. It's truly exhausting the battles that must consistently be fought for our heritage and identity and much worst when it must be fought against ignorance on our own camp. Shame on Latina magazine. Then again perhaps we should change their name to we don't know who we are magazine.

Dear Alicia,
PREACH!!! Thank you so much for addressing this issue in your letter. Your ideas were expressed with strength and eloquence. I am very frustrated by Latina Magazine's awful attempts to include Afro-Latinos within the content of the magazine. About a year ago I came across a column in the on line publication for "Afro-Latino Week" (or some such) that was about the best make up for darker complexions. REALLY?!?! That's the best you can do Latina?

Personally, I stopped subscribing to Latina Magazine after the publication's first year for several reasons. The most important reason was that not a single "true" Afro-Latina made the cover. This was very upsetting, especially because at the time I thought that the magazine was going to be different from what was already out there i.e. Cosmo en Español.

I perused said list of Afro-Latinos and one of my chief concerns is that half of those artists do not even identify themselves as Afro-anything or Latino-anything. So why would they be included in the list? In some cases its cited what the person's ethnicity is, in other cases it doesn't. I don't know how the writer came up with this list, what research was done, if he actually interviewed each artist etc.

Frankly, I've lost faith in any media representing me, my heritage or my experience and so I go out every day and do it for myself. I am so glad that there are folks like yourself who are calling attention to media outlets that provide misleading information to the public.

I disagree. My mother is African American and my father is Cuban and I have always self identified as a Black woman who is also Latina. I also consider myself to be AfroLatina.

I get the premise though since Latina magazine grossly missed the mark. 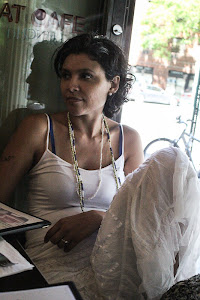 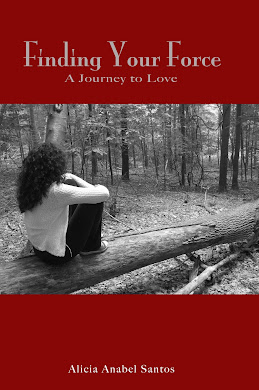 Alicia Anabel Santos
New York, NY, United States
Alicia Anabel Santos is a Latina Writer, Producer and Playwright. She is a New York-born Dominican who is passionate about writing works that empower and inspire women to find their voices. Currently, she is completing her historical fiction novel titled, The Daughters of the Revolution. She is the Founder of the New York City Latina Writers Group. Santos has been traveling for three years working on the documentary Afrolatinos: The Untaught Story (WWW.AFROLATINOS.TV) and her play I WAS BORN was chosen as part of the ONE Festival in NYC, where she takes you through the labyrinth of Latin America where seven brave women tell you their stories. Alicia lives in Harlem, NYC with her daughter Courtniana. She works as a freelance writer and activist against sexual and physical abuse towards women and children. She attended New York University and Rhode Island College.

How to reach me~